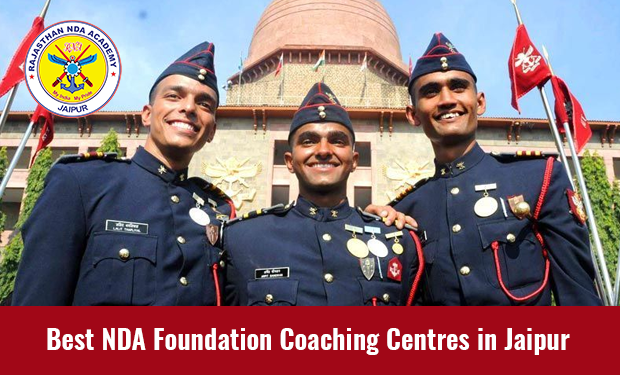 A Foundation course is a course that is taken in coaching centres and institutions to understand and learn on a certain subject at a basic level which helps in preparing candidates for further advanced studies on the subject. There are foundation coaching centres for preparations to get into The National Defence Academy as well. The NDA foundation programs are distinctly designed for students studying in class 11 and 12. This program covers both academic syllabus and NDA syllabus simultaneously which is why it theplays a very important role in strengthening  roots of the candidate’s knowledge for him to get into NDA.

4.Trinity Academy- Trinity Academy, Jaipur also provides proper and sincere examination training for NDA, Indian Navy, Indian Airforce etc. Since 2006, this institute has continued accomplishing huge records of success in the field of coaching and still continues to be the same.

Above mentioned are all examples of the various NDA foundation coaching in Jaipur who are responsible for providing our nation a number of hardworking and respectful soldiers to the Indian army. It is because of the hardwork and individual focus towards the goal of these candidates and all these NDA coaching institutes that our nation is known all over the globe for having one of the best Defense forces.