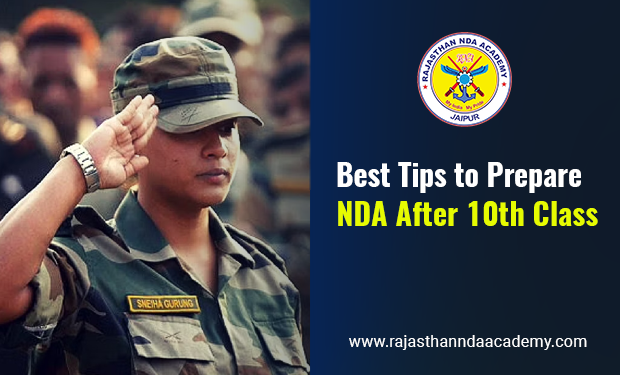 The NDA Exam necessitates a thorough grasp of how to prepare for the NDA Exam, which includes using the proper approach and study plan.

The National Defense Academy (NDA) is, without a doubt, one of the most coveted and renowned defense admission tests in the country. After passing this test, a candidate is eligible for admission to the Indian Air Force, Indian Army, or Indian Navy. This test is held twice a year and consists of two parts: a written exam and an SSB interview. Every year, over 6 lakh students sit for this test, with just 5000-6000 people making it to the SSB Interview.

The NDA Exam necessitates a thorough grasp of how to prepare for the NDA Exam, which includes using the proper approach and study plan. To pass the NDA test, you'll also need to know the best tips. Therefore, candidates should be aware of these techniques as soon as possible so that there is still plenty of time before the test. Here are some excellent suggestions for preparing for the NDA exam after the 10th class.

The first thing you should do while preparing for the NDA exam is to familiarize yourself with the NDA curriculum and exam format. The NDA Written Exam is divided into Mathematics and General Ability Test. The test is given in a paper-and-pencil form. Each correct response will get 4 marks, while the incorrect answer will lose 1.33 marks. Each part gets a total of 2.5 hours to complete. This data will assist you in planning your preparation program. In addition, you will gain confidence in the subjects on which you need to concentrate more.

In order to pass the NDA test, you must keep your notions clear. First, try to figure out why and how things happen the way they do. After that, try solving some instances to see how the principles you've learned thus far may be applied. Once you're confident in your understanding, consider practicing on your own. If you studied well in 11th and 12th grade, you should already be familiar with the fundamentals. As a result, you may go right into solving the previous year's papers. You may go back and review those subjects if you have any problems. This is a time-saving strategy when preparing for the NDA exam.

Prepare your study schedule while keeping in mind the number of days you have till the NDA exam. Set weekly and monthly objectives as well to keep track of your progress and ensure that you finish studying the NDA syllabus on time.

The importance of revision cannot be overstated. Don't squander time studying unrelated things since you could forget what you've already learned. Instead, just review what you've learned a few weeks before the test to ensure you don't forget anything on the final NDA exam.

Keep a separate notepad on hand to jot down crucial ideas and formulae. Then, repeat the process until you've learned all of the concepts. You may also use this notepad to jot down last-minute modifications and use it for revisions.

Complete as many mock exams as you can. This will assist you in analyzing your progress, identifying your deficiencies, and so on. You'll also get a sense of the difficulty level of the questions on the test.

Maintain a consistent study schedule and have faith in yourself. Meditate and try to remain positive and stress-free.

Finally, remain composed on test day. Don't worry if you can't answer any of the questions. Move on to another one without wasting time. Begin by answering questions on which you have a firm grasp and confidence.  Keep track of your time while answering questions so you can complete the test on time.

The best way to prepare for the NDA exam is to take NDA coaching after 10th and join the best NDA Institute in Jaipur. Preparing for NDA Exam and cracking it might seem daunting, but with the proper guidance, it is achievable.