How to Get Admission to Rajasthan NDA Academy? 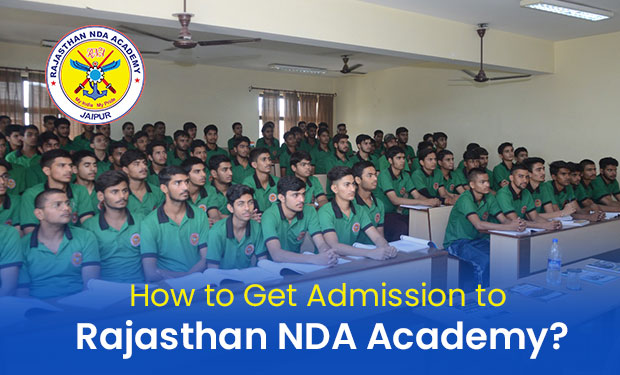 How to Get Admission to Rajasthan NDA Academy?

The admission process of Rajasthan NDA Academy is facile and requires minimal steps.

The National Defense Academy (NDA) is a combined service of the Indian Armed Forces i.e. Indian Army, Navy, and Air Force. Best Defence Academy in Jaipur can train aspirants to join the respective service academy. Joining coaching is not just an obligation rather it is a necessity now. Since the candidate will be appearing in one of the toughest exams, the right training and preparation is a must. It helps in building discipline and sincerity in one’s life along with academic and NDA knowledge.

It can be a worthy option for the candidate to learn how to clear written and physical tests. The right guidance and training are mandatory to clear the competitive scenario. It can play an exclusive role in strengthening the consistency of the candidate.

The foundation programs of NDA coaching are curated for the students in 11th and 12th standards. The institute covers both schooling academics and the NDA syllabus. For all the aspiring students who look forward to joining the armed forces, the NDA coaching institute is the ideal choice. The best defense academy in Jaipur can offer unique programs to deliver the best results in NDA.

1. You can find the invitation advertisement in the newspaper or visit our website.

2. The NDA exam will commence in March & April.

3. Merit list will be according to the candidate's performance in the test.

4. Those who can spot a place on the merit list will be called for an interview.

6. As the candidates are selected, we prepare the final merit list and release call letters.

7. Final candidates can join the institute according to further information.

2. The candidate should be perfectly medically fit as per NDA requirements.

3. You should be in 12th standard and willing to join the Indian Armed Forces.

1. Photocopy of all academic qualification certificates

Thus, the best defense academy in Jaipur can be the choice to coach cadets and prepare them to join the armed forces. Learning under supervision with years of experience is no less than a blessing. Get professional NDA training to pursue a stable and profound career path.