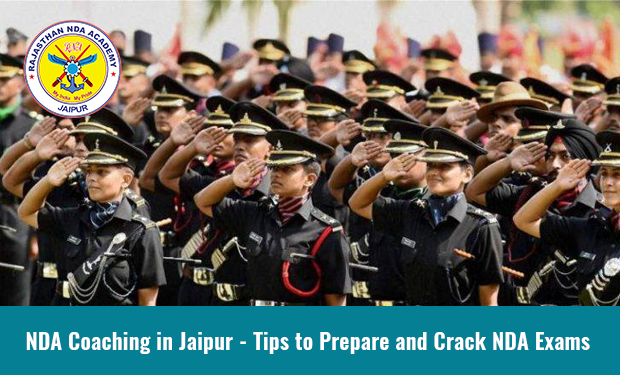 Jaipur is known for many important NDA coaching institutions where an individual could know how to prepare NDA exams.

The National Defence Academy (NDA) is an Indian joint defence service training institute of the Indian Army forces, where the Indian Army, the Indian Navy and the Indian Air Force are trained together before they are sent to their respective service academy for pre-commission training. However, the preparation for NDA is one of the toughest ways to go for with utmost sincerity and discipline. But with rough edges also comes great advantages and hence, once cracked the NDA exams, the individual would get a secured job with sufficient salary, high pension,respect and a lot of other benefits.

Jaipur is known for many important NDA coaching institutions where an individual could know how to prepare NDA exams. The right sense of guidance is immensely important for NDA exams as it is very competitive in nature and therefore, the proper NDA coaching in Jaipur marks a remarkable role which could help in improving the consistency and regularity of the candidate. Mentioned below are a few of the very best NDA coaching academies in Jaipur -

There are success stories of candidates who crack the NDA exams without coaching and still shine bright. But it is always a better option to have a proper sense of guidance under mentors who have had long term knowledge regarding the candidate’s field of interest so that the candidate can always stay aware of how much knowledge he/she is yet to gain. Another very important reason why NDA coaching in Jaipur seems to be vital is because only with peers of a similar interest, can an individual be competitive minded and can crack such important exams.