What Is Agneepath Scheme & Who Can Apply? 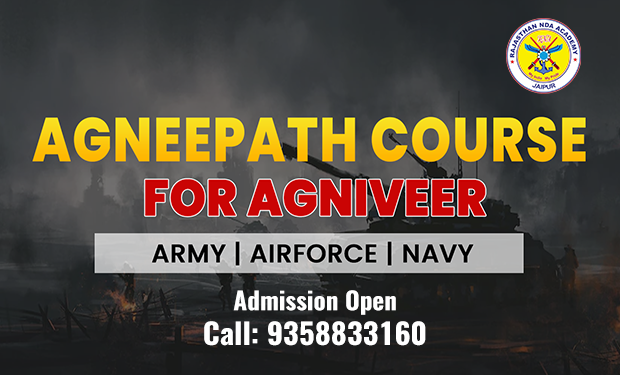 What Is Agneepath Scheme & Who Can Apply?

The purpose of this scheme is to recruit individuals for the Army, Navy, and Air Force. The Indian government is expected to announce this plan soon.

The Union Cabinet made a historic move by authorizing an enticing recruiting plan for the young blood of India to serve in the Armed Forces, which has been called AGNEEPATH. The Agneepath Program is a program for Indian civilians to join the Army. The purpose of this scheme is to recruit individuals for the Army, Navy, and Air Force. The Indian government is expected to announce this plan soon.

In the sectors of the Indian Defense, the phrase "tour of duty" has received a lot of attention these days. The Indian government has recently created the Agneepath Recruitment Program to help it grow. Anyone who wishes to join the Indian armed forces would be able to do so via this new entry point and opportunity. It doesn't matter whether it's the Indian Army, Navy, or Air Force. The Agneepath Military Bharti Program is a government-run program that is available to all Indian nationals. "Agniveers" will be the name given to those who are picked in this recruitment process. With the launch of the Agnipath Scheme, a window of opportunity for young people to serve their country for four years has opened up.

What exactly is the Agneepath Scheme?

The Agneepath Scheme selects candidates to serve as Agniveers in the Indian Armed Forces for a period of four years. Following the successful completion of the four-year training program, Aginveers will reintegrate into society as a workforce that is disciplined, energized, motivated, and skilled. They will be prepared to work in a variety of fields and to follow their professional ambitions. The goal of this program is to deploy younger, healthier troops to the front lines, the majority of whom will be on four-year contracts. The method for recruiting persons with ranks below those of officers will be implemented as part of this program. In addition to this, it will provide the Army, Navy, and Air Force with a more youthful image, which will be a game-changer for all three branches of the armed forces.

The national government's principal purpose is to establish the Indian Army Agneepath Entrance Program in order to train young people and save money on retirement and pensions. This approach was designed by the Indian government to strengthen our security forces. Before being transferred to areas like the Jammu and Kashmir border, selected recruits from the Agneepath Scheme would get professional training.

The most crucial part of this recruitment is that the youths would not be required to take an entrance exam. Candidates joining under the plan, on the other hand, must undergo an extended training period, averaging at least two years for a three-year commitment, in order to be prepared to join the armed forces as professionals.

Who is eligible to apply for the Agneepath Scheme?

The Agneepath Scheme's eligibility requirements are as follows:

●       They must be academically certified by one of the recognized boards in the country.

Since the plan is approaching completion and the formal notification will be published shortly, more details concerning the qualifying conditions have yet to be posted on the Indian Army's official website. However, this entry gives a fantastic opportunity for many candidates enlisting in the Indian Army to achieve their goal, as it provides an additional entrance that creates a position for them.

It provides young people with a once-in-a-lifetime opportunity to serve their country and make significant contributions to the advancement of the nation. The Agniveers would get great pay in addition to having the option to train at some of the most famous military institutes in civil society and institutions. Furthermore, they would have the possibility to improve their capabilities and obtain further certificates. In addition to this, each and every Agniveer will be awarded a hefty financial package. Additionally, it will impart a more young and lively image onto the armed forces.

Each year, many NDA aspirants from Rajasthan approach the Best Defence Academy in Jaipur, which is the case throughout India. But, the Agneepath Scheme has changed the face of the Indian Armed Forces by introducing the concept of Agneeveers.